To see ourselves as others see us… in challenging times 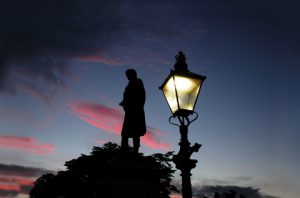 Challenging times, urgent change, motivation of your team… are you ready?

This translates roughly as…  “Oh, that God would give us the very smallest of gifts to be able to see ourselves as others see us”

If it was good enough for the Bard, it’s good enough for us… especially in these challenging times!  I’ve been thinking about the challenges facing most businesses as the coronavirus restrictions are gradually lifted.  These are times when we must re-engage and re-motivate our teams.

I was reflecting on a situation I experienced in corporate life when as part of a senior management team of a business recently rescued from administration – i.e. having to make a new start, much as will be the case for many in the coming months.  Anyway, we got a new MD who was put in by the new owners; who although known to a couple of the team from previous roles did not know the rest of us.

To say it was a challenge was an understatement!  This guy had a great track record for building businesses… and loosing good people!  He was blunt, aggressive and had no tolerance for human frailty!  One example that followed him from his past was a story about an IT sub-contractor who had fallen on the icy car park at the office, breaking his wrist.  On spotting this poor soul in plaster still coming in to work, the eagle eyed MD instructed his project manager to get rid of him as he wasn’t paying for a one-handed keyboard operator… not a lot of empathy, then!

We laboured on as a team, but there were massive issues building – not just with the MD’s direct reports, but in the wider company – bad news travels fast!

Things came to a head when the trade unions made an official issue after one of the team briefs in which the MD had basically told the whole workforce that they were not up to standard and the reason for the business’s unacceptable performance.  You can imagine what a motivator that statement was!

The best thing that came out of this after much heated discussion was an agreement that we would undertake a company-wide 360 feedback exercise – from shop floor to directors.  It was quite a task!

What was amazing was that the feedback from the shop floor singled out the MD’s behaviour as a major issue in improving attitudes and performance.  As did the middle, senior and peer management groups!  A very difficult thing to swallow for such a proud man.

All credit to him, he took on board the feedback – in particular recognising the need to delegate fully, praise good performance more and to allow others to take ownership of their projects and goals.  Once he realised that being a direct and aggressive manager was actually not the only way to get things done; and that playing to the strengths and behavioural styles of his managers and other team members actually brought out the best in them, I’d like to say he was a changed man.

You don’t teach old dogs new tricks, but you can get them to bark and snap a little less – and as they learn they slowly accept the changes that have brought about the improvements in performance and in the motivation and commitment of the team.  So, as we fight back from the current setbacks, remember to be aware of your ways of speaking and communicating.  As Leader, you will make the difference.

So completing the quote from “To a Louse” (with some apologies to Robbie Burns and his fans):

Or to you and me…

“Oh, that God would give us the very smallest of gifts

To be able to see ourselves as others see us

We can work with you to provide a platform for improved communication, performance, individual development, and avoidance of conflict in team situations.  If this rings a bell, get in touch!